Skip to content
Horsham Land Redevelopment Authority
How Do I...?
View all How do I...? questions and answers

The Navy has started the work to install protective soil caps over two former landfills at the former Naval Air Station – Joint Reserve Base (NAS-JRB) Willow Grove. The Navy investigated each site over the past several years and looked at various alternative remedial approaches to address the environmental contamination found. In the fall of 2021, the Navy and U.S. Environmental Protection Agency (EPA) issued Records of Decisions (ROD) for each site. The ROD documents detail the investigations, contamination at each site, the alternatives considered and the selected remedy. The RODs also discuss the public comments received during the required public comment period. 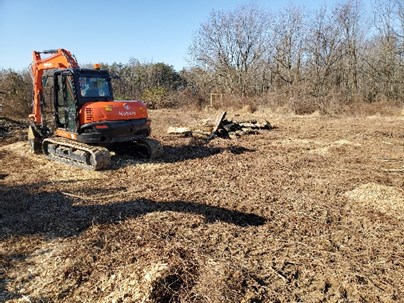 Site 3 is located near the FAA Radar Tower along Horsham Road. The landfill was operation-al from 1960 until its closure in 1967. Wastes reportedly disposed in the landfill include tri-chloroethene (TCE), paint wastes, asbestos, PCB fluids, general refuse, metal scrap, sewage sludge, and industrial pretreatment plant sludge. The landfill method consisted of burning the refuse and burying the residue in trenches. Subsequent to the landfill's closure, a salvage yard was established over a large portion of the landfill for the handling of empty drums, discarded equipment, and transformers containing PCBs. The Navy will use containment and land use controls to achieve remedial action objectives. A two-foot thick soil cover will be placed over the landfill areas. Sev-eral ‘hot spots’ discovered during the investigations will be removed and the contaminated soils/waste will be placed under the soil cover system. Land use controls will be put in place to prevent damage of or intrusion into the soil cover system and to prevent disturbance of subsurface soils.

Site 12 is also located on the Horsham Road side of the base. Between 1948 and 1960, the landfill was the principal disposal area for the solid waste generated by the base. Landfill activities consisted of trench excavation with subsequent burning and burial of waste material disposed within the trenches. Wastes reportedly disposed in the landfill include general refuse, paint wastes, sewage, and industrial pretreatment plant sludge, trichloroethene (TCE), and carbon tetrachloride. The Navy will use containment and land use controls to achieve soil remedial action objectives. A two-foot thick soil cover will be placed over all areas with unacceptable soil risks to prevent exposure of human and ecological receptors. Several ‘hot spots’ discovered during the investigations will be removed and the contaminated soils/waste placed under one of the two soil cover systems. Land use controls will be put in place to prevent damage of or intrusion into the cover system and to prevent disturbance of subsurface soils. 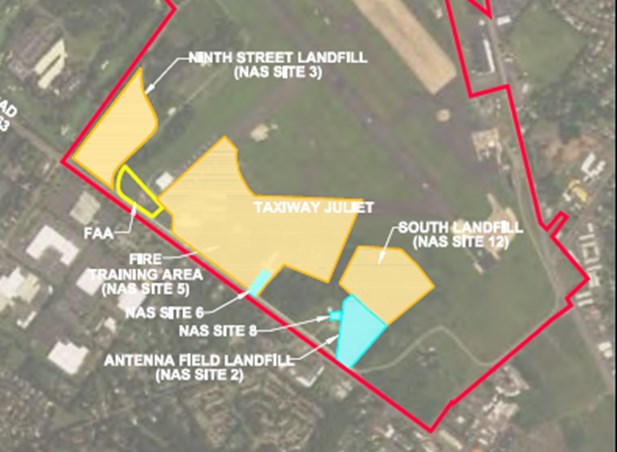 View the Navy’s environmental documents, including the Sites 3 and 12 Records of Decisions.

The next NAS-JRB Willow Grove Restoration Advisory Board meeting will be on March 10, 2022. The meeting will be a ‘virtual’ meeting open to the public. The meeting is virtual due to COVID-19 social distancing safety requirements. The virtual RAB meeting will utilize a webinar tool known as WebEx. If you don’t have WebEx on your computer or mobile device, please allow time to download the application.

View the presentations and meeting agenda posted prior to the meeting.

The NAS-JRB Willow Grove Off-Base Housing, known as Shenandoah Woods, has finally been transferred to the Bucks County Redevelopment Authority and Warminster Township. The housing project is located off of Bristol Road in Warminster Town-ship, Bucks County. It was originally built in 1973 and provided housing for Navy and other DOD personnel until the BRAC closure of NAS-JRB Willow Grove in 2009. The property transfer was accomplished via a negotiated sale between the Navy and the Bucks County Redevelopment Authority. The final transfer was completed in October 2021. 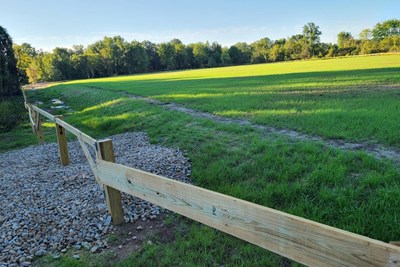 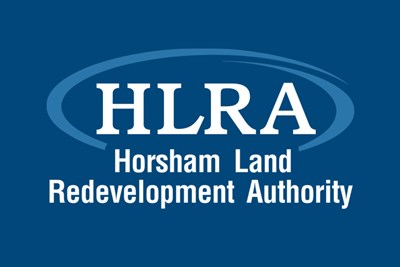